Industrial tubular scaffolding is popular in a range of environments because it is lightweight and easy to work with.

Modern tubular scaffolding is valuable because it offers rapid erection times and a good level of load-bearing ability, as well as easy methods for setting it up and taking it down.

Over the years, many different materials, from bamboo to wood, aluminium and steel, have been used in the world of scaffolding.

Even today, there are innovations in the works and the now ‘traditional’ model of the 3.2mm tube and timber board is seeing upgrades such as SMART systems to assist with load calculations and design.

Almost all of the common scaffolding designs in use today rely on tubular scaffolds.

From the humble single scaffolding that is used to provide bricklayers with a platform to work on, to cantilever and suspended scaffolding for work at greater heights and even trestles for working indoors, they all use tubular scaffolds as a key part of the design.

The reasoning behind this is simple. Tubes are strong, especially for their weight.

If you do not account for that dead load then it is entirely possible that the scaffolding will collapse under its own weight.

Hollow tubes offer a good compromise between strength and weight, meaning that it is possible to build larger structures that can handle more weight.

Scaffolding Will Always Be Relevant

Industrial tubular scaffolding, especially the modular kind which relies on tubes and clips, is a good example of a traditional design that just ‘works’, and that will most likely always be necessary.

While scaffolding looks primitive, consider how simple and fast it is to erect. Ladders are useful for domestic tasks but are not sufficient for industrial use.

Other alternatives, such as huge cranes, might work for small, short term jobs in safely accessible environments however they are not suitable for long-term jobs or for environments where there is more risk (such as offshore work).

Tubular scaffolding provides a balance of convenience, strength, and safety that other solutions simply cannot offer. It is easy to transport, cheap to make and can stay there for a long time.

Renting scaffolding and erecting it for a period of a few weeks would cost far less than renting a vehicle with a long lift arm, for example.

Scaffolds are easy to manipulate and can be put in place then taken down quite easily compared to other structures.

They often end up being used as the ‘framework’ for the rest of the construction project. In some parts of the world, traditional bamboo scaffolds are still in use to this day.

Bamboo is light, flexible, and strong. In countries where bamboo grows naturally, it makes sense to use the resource for smaller projects.

However, it is not suitable for large-scale industrial use, and that’s why most countries opt for bulkier, heavier and more robust steel.

Industrial scaffolding is important because it makes possible so many of the constructions that you see today.

Without the availability of such robust, strong and dependable scaffolds and clips we would not be able to have workers at 45m above ground level since it simply would not be deemed safe enough to allow.

Tubular scaffolding supports workers and keeps them safe, both on land and offshore, indoors and outdoors. It is an ageing technology, but it is still relevant.  For all you scaffolding needs, you may check out Skelscaff. 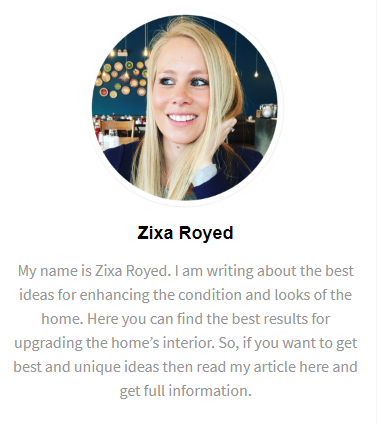 You may have missed

What is the importance and use of industrial tubular scaffolding?

How to Choose the Right Letterbox for Your Property

5 Steps You Should Do Before Hiring a Paving Company